The first question new homeowners ask when developing a lot is how much does a septic system cost. Our introduction to private sewage systems will answer these questions and many others that you may have not even thought of. Documents include budgetary estimating, site evaluations, and calculations.

Planning a home improvement project? Choose the products you need and find a qualified contractor to install them.

WHAT ARE UNDERGROUND TANKS? 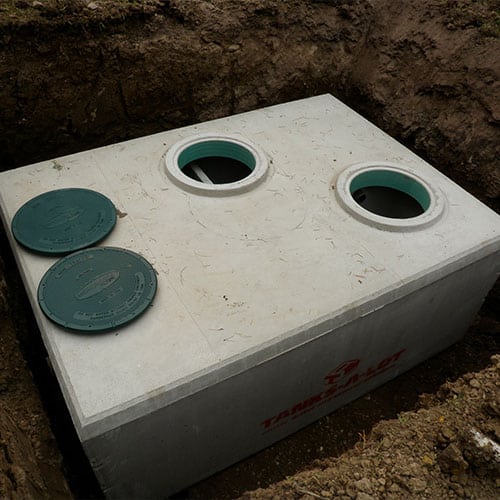 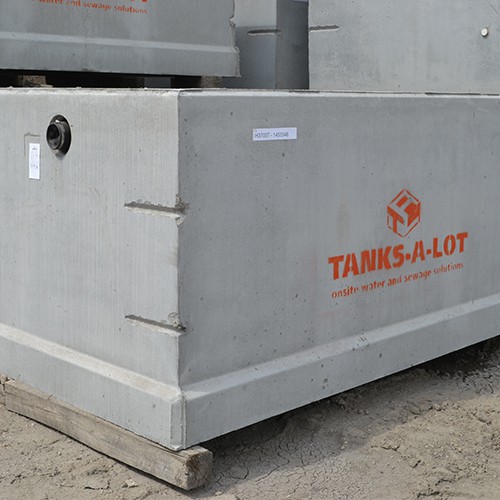 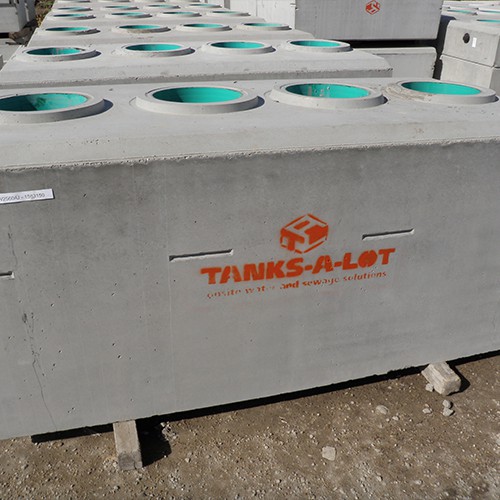 TREATMENT TANKS Sewage treatment plants use aerobic bacteria to break down the organic content of sewage and produce a clear, odorless effluent. 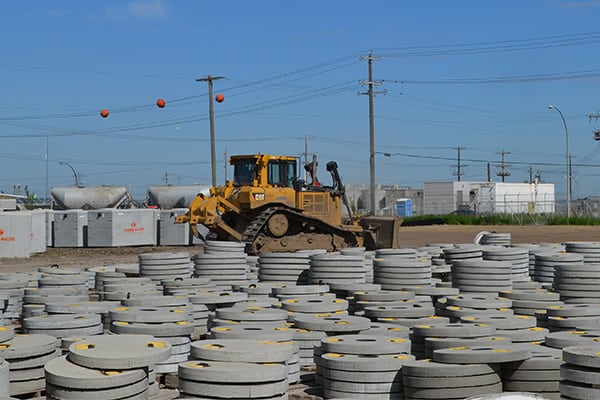 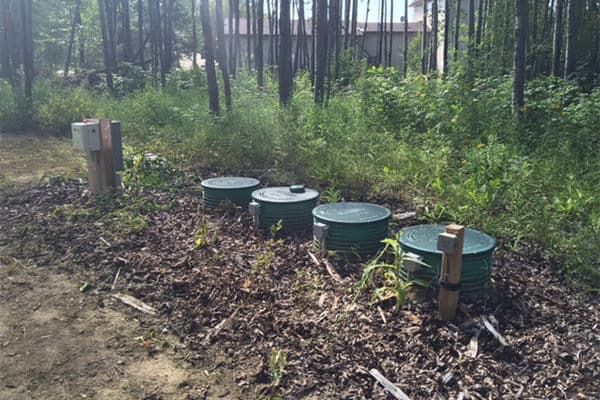 A LEADER IN QUALITY AND INNOVATION 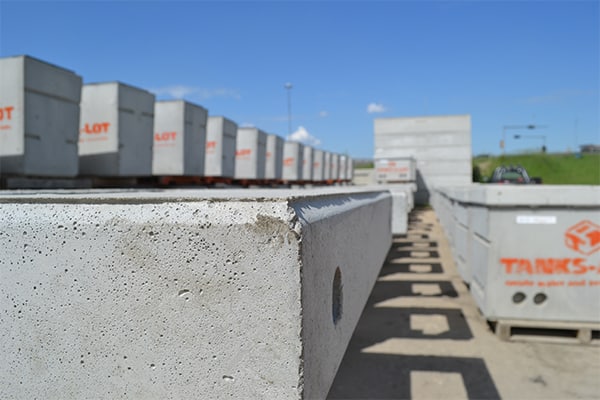 Tanks-A-Lot Ltd. has become the industry leader by focusing exclusively on precast concrete tanks and related products. Our superior designs, production quality and attention to detail result in a superior product that is backed by a 20-year limited warranty*. As the exclusive producer of ‘cold-seam tops’ in Western Canada, our 1-piece tanks up to 2,200 gallons in size are widely recognized for superior strength and durability. We also manufacture 2-piece tanks and modular tank systems that can be used individually up to 7,500 gallons or in clusters up to 100,000 gallons.

Whether you are replacing components or installing a whole new system, Tanks-A-Lot Ltd. has the quality products you need to make your project a success. 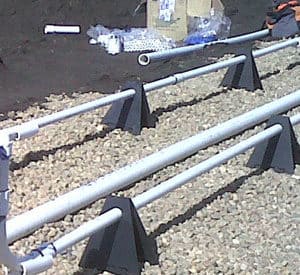 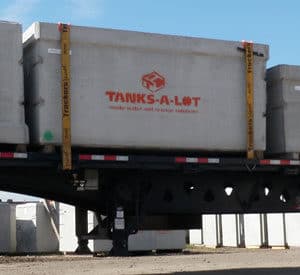 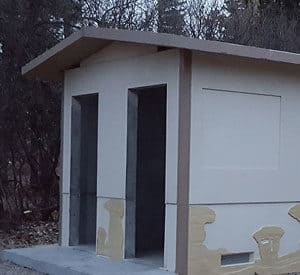 Tanks-A-Lot is a manufacturer and distributor of Modulair® Wastewater Treatment Plants, scalable systems capable of treating up to 300,000 gallons per day. 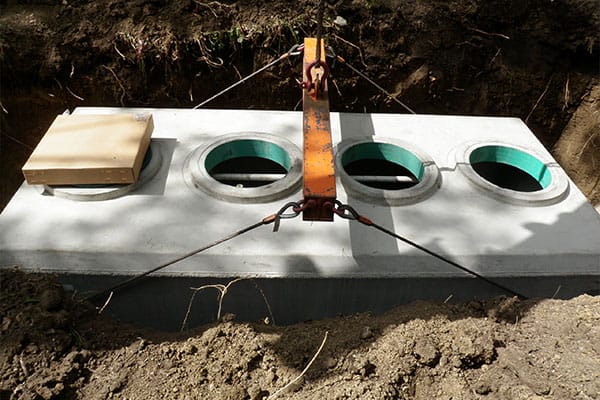 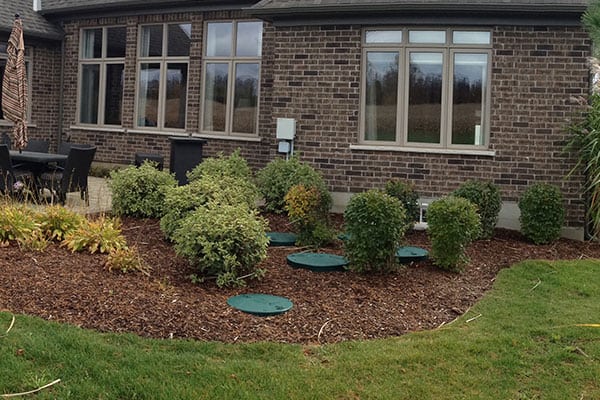 BASIC CARE OF YOUR SYSTEM

Tanks-A-Lot sells septic pump hookup kits. The benefit of using this kit is the ability to disconnect the union to remove the pump for replacement or servicing without entering the tank. Inside this fittings kit are all the fittings required to assemble the connection shown in this diagram. It is important to drill a 3/16″ hole, as shown, to allow the line to drain back after the pump turns off.

The Septic Hook Up Kit can be purchased from Tanks-A-Lot in either 1.5 or 2 inch fittings. 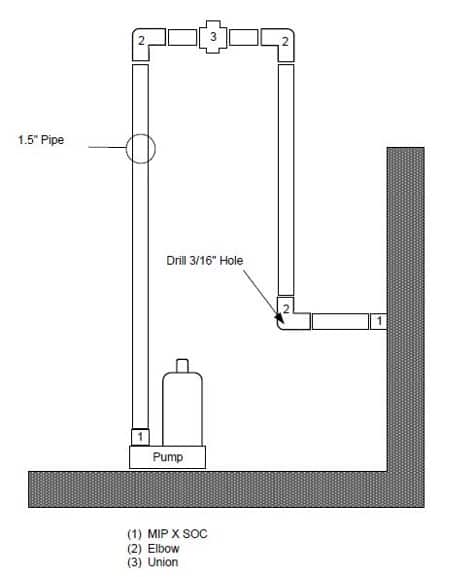 PREVENTING YOUR SYSTEM FROM FREEZING IN THE WINTER

Tanks are best lifted by a crane using a proper lifting sling. They should only be lifted using the intended grooves on the outside of the tank (see figure below). If the tank placement is self-performed, Tanks-A-Lot can lend out slings for a refundable deposit. Using any other lifting apparatus will cause damage and void the warranty.

DO NOT DRIVE OVER YOUR TANK

How much weight can a septic tank withstand? There is no straightforward numerical figure as to the weight pressure that an underground tank can endure. However, you should know that everyone is advised to avoid driving and parking vehicles or heavy machinery over or near a tank location. Subjecting your underground tank to heavy weight from cars, trucks, or tractors, construction equipment, etc. risks damaging the tank. Driving, parking, or building infrastructure over tanks risks damaging your tank, possibly leading to a cave-in.

Unless special provisions have been made such as protection of sewer piping and septic tanks from damage, vehicle-rated septic tank covers or similar steps, do not drive vehicles over septic system piping or septic tanks. A property owner may not immediately recognize a septic system problem when piping has been run below a driveway, as crushing and blockage of the line may not happen until a heavy vehicle enters the driveway (such as the loaded septic pumping truck arriving to pump the septic tank). A septic line may also be broken, permitting soil or roots to enter and complete the clogging process. Driving over or near and damaging a septic tank can result in leaking, a later cave-in, fall-in, or extremely serious hazards. 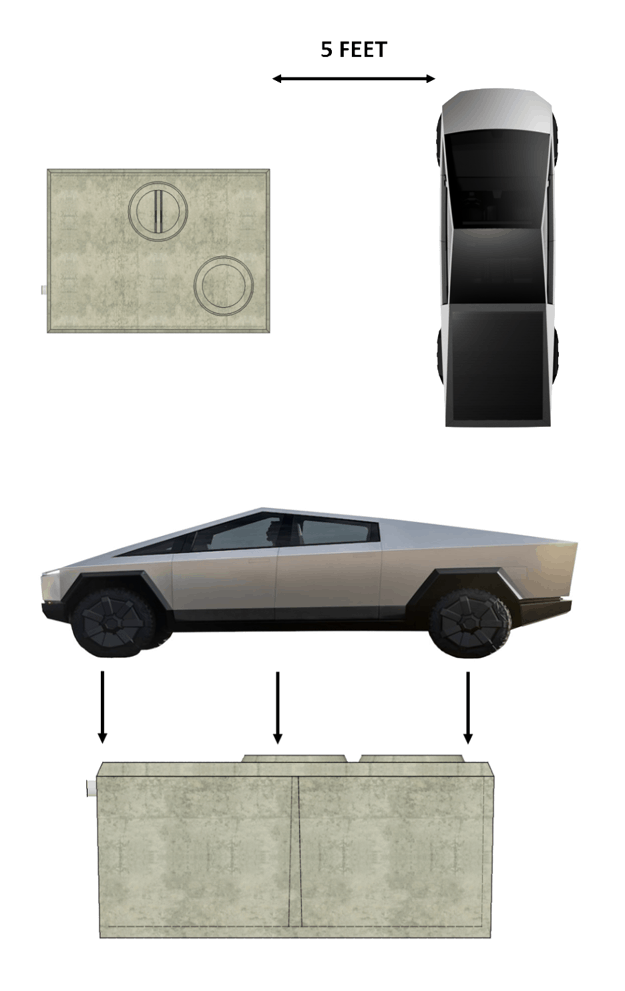 During a siphon cycle, the siphon traps must be filled with water. When liquid rises above the open end of a pipe called a snifter or vent pipe, air is sealed in the bell and long leg of the siphon. As the fluid in the tank rises, the pressure on the confined air increases and forces water out of the long leg of the trap. When the air pressure is great enough to force all the water out of the long leg, trapped air escapes through the short leg to the air release vent pipe. At this point, the siphon has been “tripped” and fluid is discharged from the siphon until the liquid level in the tank drops to the bottom of the bell. Air is then drawn under the bell, which “breaks” the siphoning action, and the process begins again.

The most common problem you’ll find is the siphon trickling or leaking effluent rather than providing the expected dose.  This is called a trickling siphon or a siphon that has lost its prime. When a siphon has lost its prime there is a loss of air pressure under the bell. Lack of air volume under the bell means the liquid level will not achieve the necessary head to drive the effluent into the distribution system.

Another situation that can cause problems with siphon operation is when a home is intermittently occupied. These include lake homes, vacation cabins or snow birds that leave the north for warmer climates. If the water level is high when they leave, air can diffuse into the effluent over time, which reduces the air volume and causes trickling.

One of the most common issues seen is the bell being installed upside down.  The open end of the bell must be facing downwards as shown in this picture. 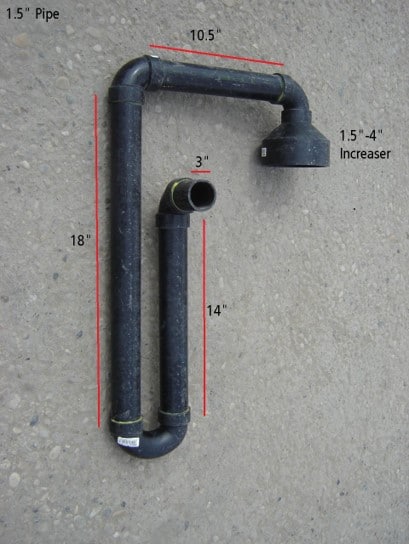 Please refer to the table below to troubleshoot your effluent pump.

This issue is seen in both septic and cistern tanks.  Although there is no right or wrong, plastic fittings can have a tendency to shear off if the ground shifts during settling or frost heaves during winter. The best practice when using brass would be to use a 90 degree elbow to deflect any force applied on the fitting. If using plastic fittings, the best practice would be to sleeve the fitting with 4” plastic pipe. The indent around the outlet is designed for this purpose.  This length of 4” plastic pipe needs to be long enough to bridge the space of backfilled soil around the tank.  This will add a rigid structure in case of ground settling or heaving.

How to identify this is the issue: 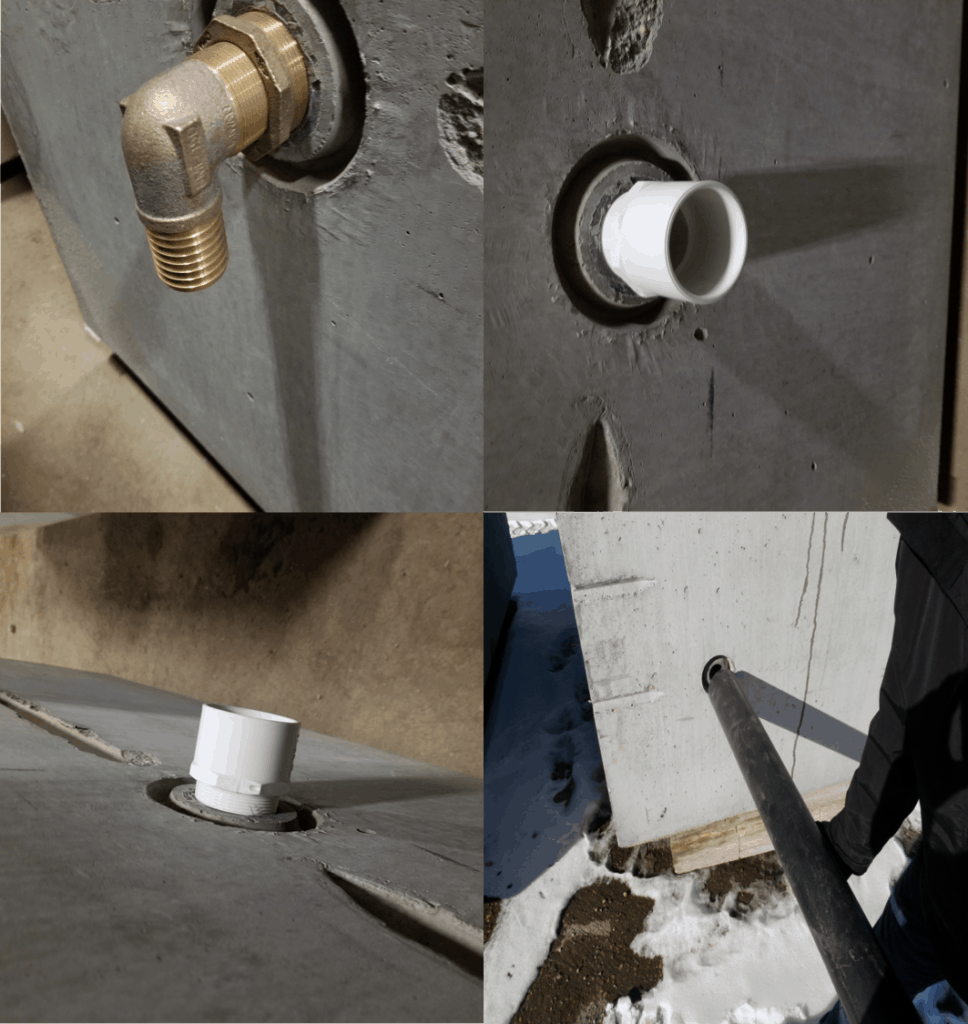