Sewage holding tanks receive sewage into a single compartment and are used at sites where septic systems are not practical. On a scheduled basis or upon call-out by the homeowner, a vacuum truck service will suck out the contents of the tank through an access cap and haul the sewage to a disposal point, such as a municipal treatment plant. The homeowner may call-out the vacuum truck operator after noticing a “high level alarm condition.”

Safety code regulations in Alberta call for installation of sewage holding tanks to follow the Alberta Private Sewage System Standard of Practice (SOP). The SOP indicates that septic tanks must conform to Canadian Standards Association standards. As an industry leader, Tanks-A-Lot follows the most up-to-date standard: B66-10. The SOP provides minimal guidance as to sizing of a sewage holding tank, requiring only a 1-day capacity. One important factor to consider in sizing a sewage holding tank is the expected volume of sewage, which is influenced by the number, age, gender, and behaviors of the residents and by the characteristics of the installed plumbing fixtures. Another important sizing factor is the hauling capacity and pricing patterns of commercial sewage haulers serving the area. Many districts in Alberta are served by sewage haulers with 2,000 to 3,000 gallons of capacity. The product listings below show popular sewage tank models from Tanks-A-Lot. Larger sewage holding systems can be readily created using 2-tank solutions where tanks are interconnected in parallel.

Burial depths for sewage holding tanks are significantly impacted by site factors and mostly range between 2 feet of earth cover to 10 feet. The Tanks-A-Lot Model 1518H has the deepest burial depth rating in the underground concrete tank industry.

All sewage holding tanks from Tanks-A-Lot have the following industry-leading features: 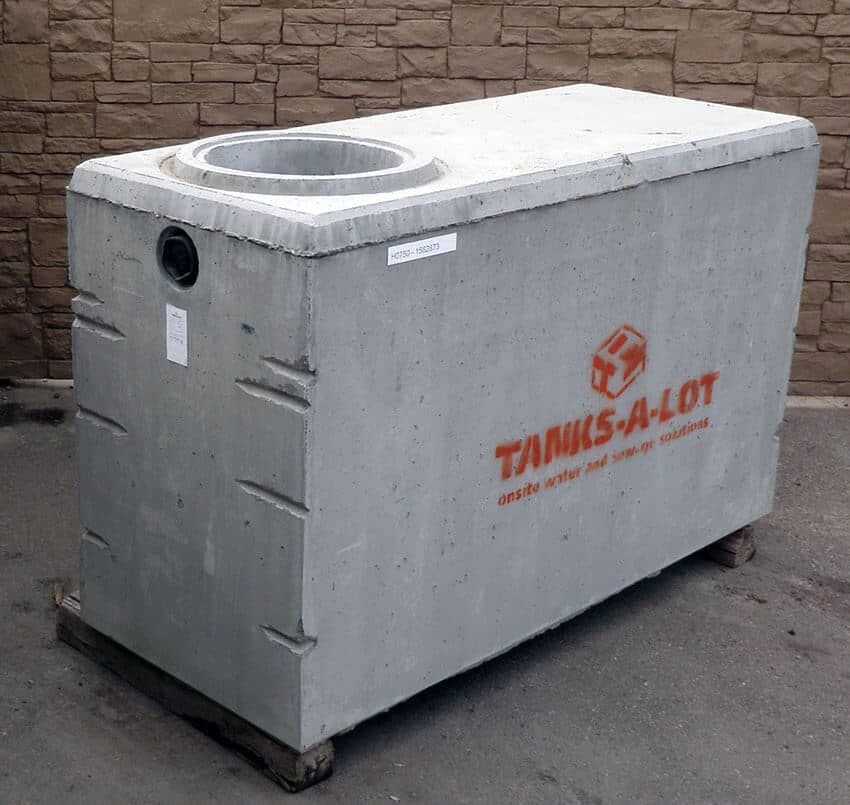 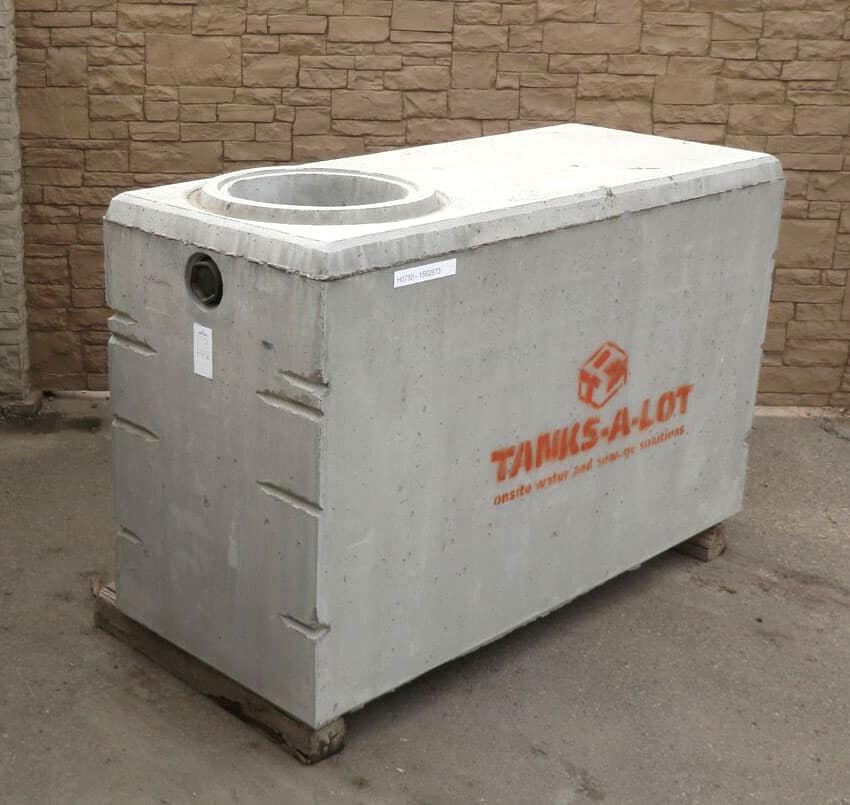 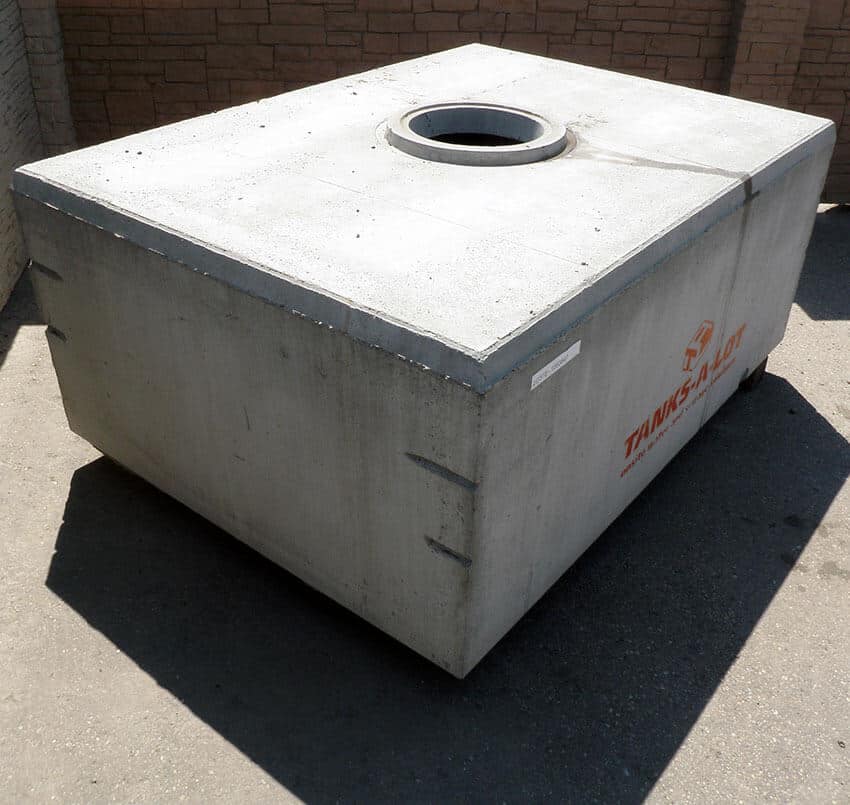 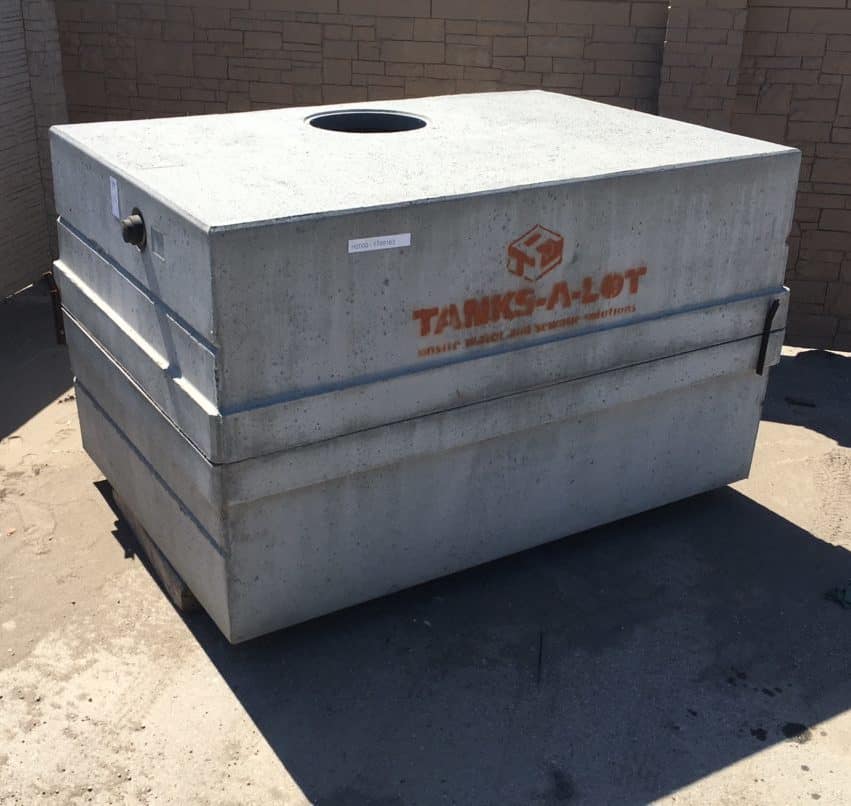 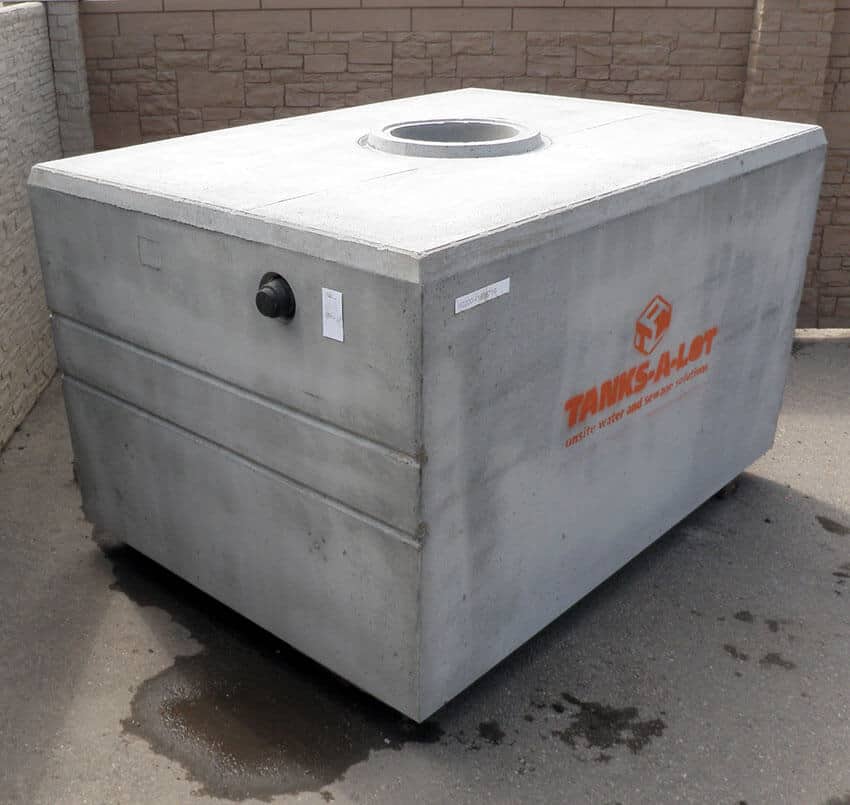 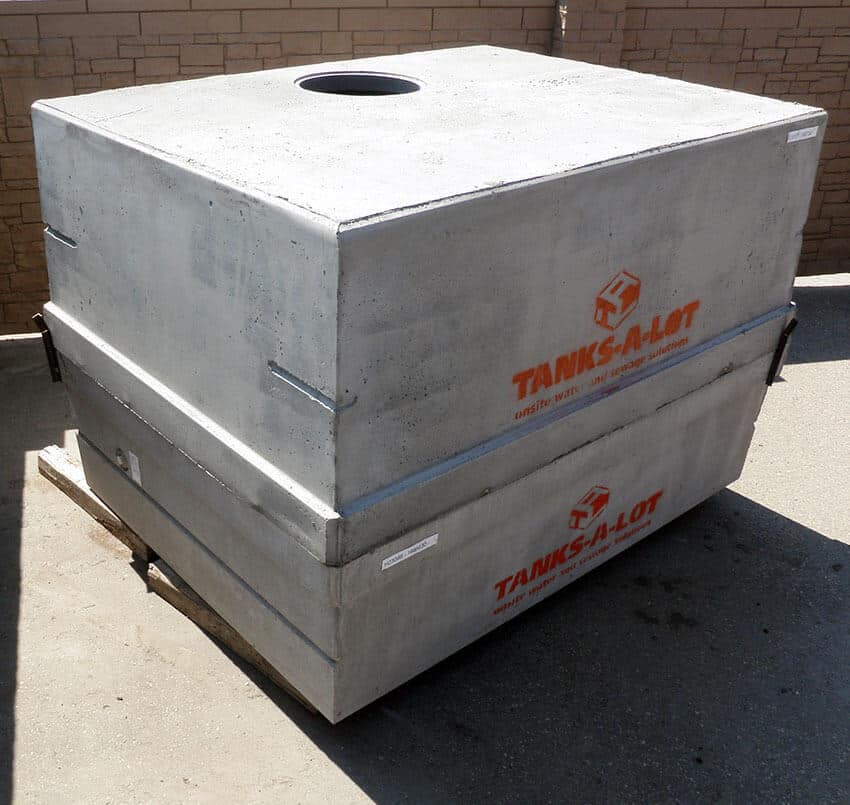 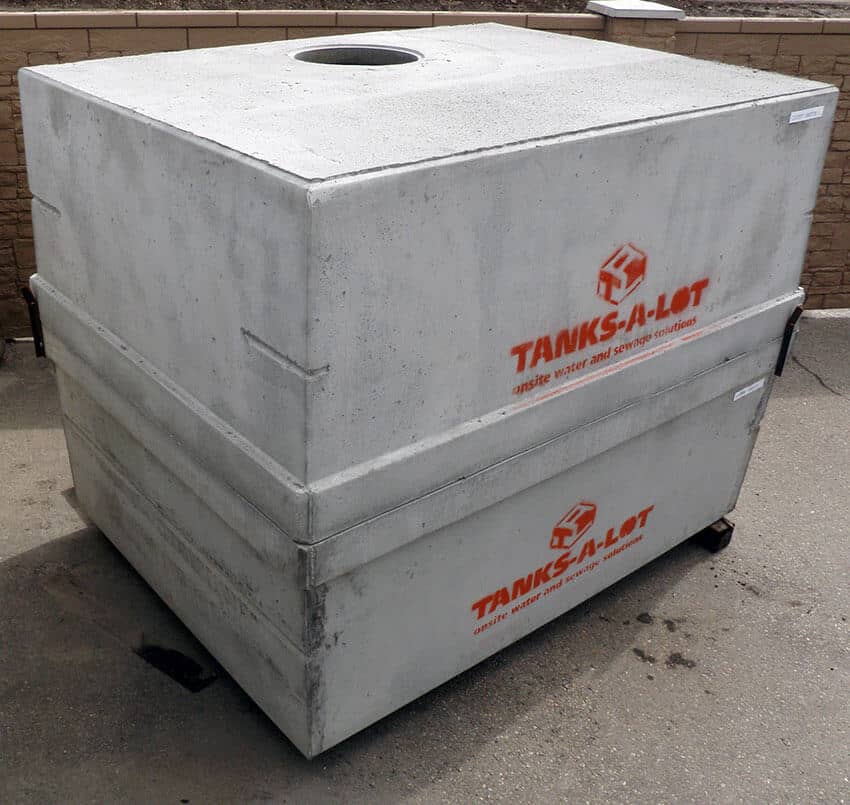 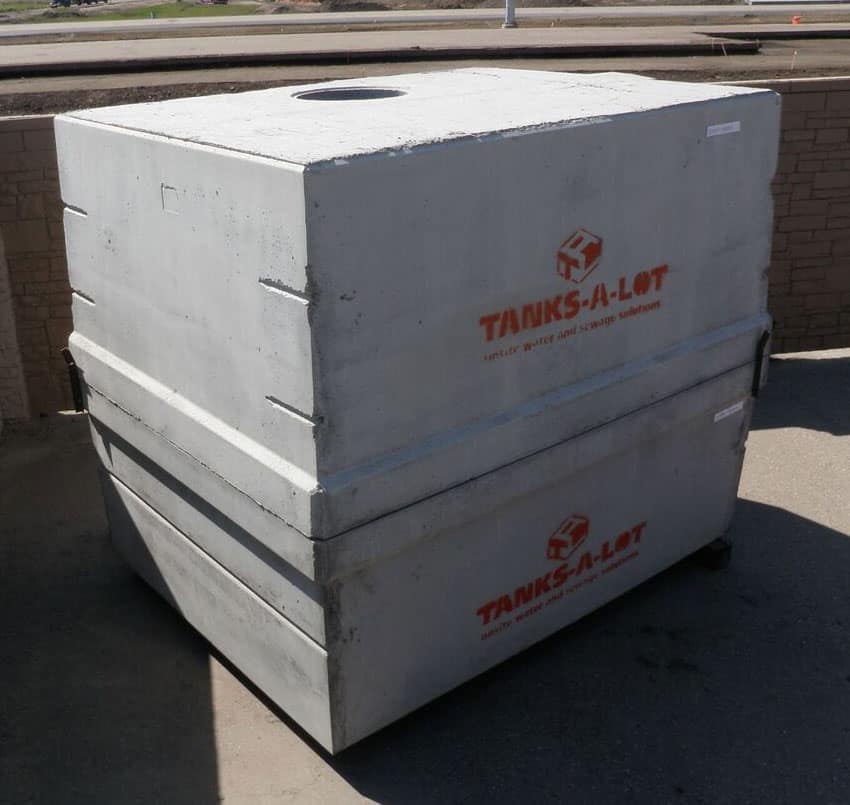